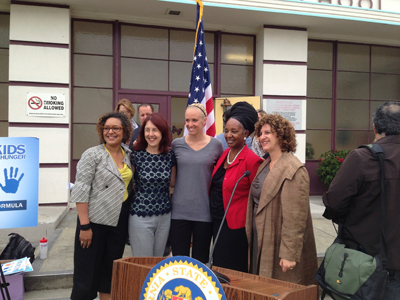 KTVU: http://mms.tveyes.com/ExpandGuest.asp?ln=872060
It's the first day of school for many students, who are going throughout their day hungry. A California lawmaker hopes to change that. School officials call it food insecure. In alameda county about 250,000 school kids have it. "We have many families in Oakland, Richmond, San Pablo, whatever, that do not qualify and yet their income is not adequate to supply for their families all of their needs,” Skinner said.

NBC Bay Area: http://mms.tveyes.com/ExpandGuest.asp?ln=872066
Today East Bay Assemblymember Nancy Skinner called on Congress to fix a problem in the federal school meals program. The program determines eligibility with a single nationwide income level. Because of this many children in higher cost regions like here in the Bay Area are ineligible. Skinner's urging Congress to incorporate a regional cost-of-living index.

BAY AREA NEWS GROUP: Skinner: Congress must fix school-meal program
Congress must fix a flaw in the nation’s school-meal program that leaves many low-income children who live in higher-cost regions ineligible for federal nutrition programs, a state lawmaker and an Olympic swimmer said this morning. http://www.ibabuzz.com/politics/2013/08/26/skinner-congress-must-fix-school-meal-program/

PATCH: Olympian, Assemblymember Urge Changes in Federal School Meal Programs
During a press conference at Piedmont Avenue School this morning (Monday), Assemblymember Nancy Skinner (D-Berkeley) called on Congress to fix a deficiency in the nation's school meal program that leaves many low-income school children in higher-cost regions ineligible for federal nutrition programs. Those regions include Oakland, one of the top 10 urban areas in the country with the highest cost of living, according to Skinner's figures. http://piedmont.patch.com/groups/politics-and-elections/p/olympian-assemblymember-urge-changes-in-federal-school-meal-programs 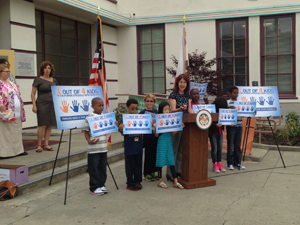 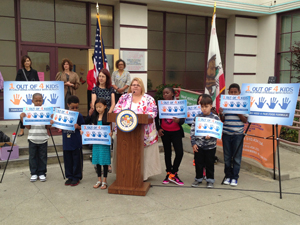 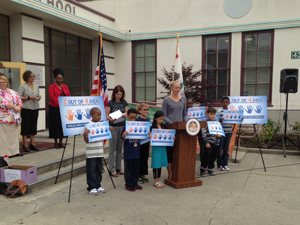 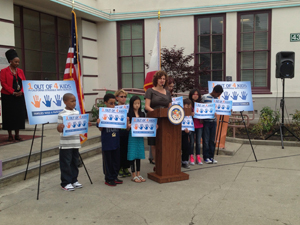